Intermittent Fasting: Feeding the Ego or Fuelling the body

In other words every time you put something in your mouth ask yourself, am I having what I want or am I giving my body what it needs?

Personally, I fuel the body 6 days a week and feed the ego (or have what I want 1 day per week)

OUT OF THE CLOSET

So I suppose you all religiously adhere to the 6 small meals a day theory?

… well I don’t and haven’t for a very long time.

I discovered Intermittent Fasting or IF by accident post-competition following a massive mmm well Binge, or re-feed! To the point where I stopped at every neon light which resembled a fast food outlet until I couldn’t bear the thought or sight of food thus promoting a self imposed  ‘Intermittent Fast’ – the result being a harder leaner physique than I ever had before… so I played with and tweaked

Intermittent FastING or IF and re-feeding till it became what is now a way of Life!

So is this unorthodox?  To the contrary…

Fasting has been known for hundreds of years to enable an ailing body to rapidly turn itself to health.  It is perfectly safe except for people suffering from nutritional deficiencies.

Eating is how the ego feels secure that it isn’t dying.  When you fast, the ego gets very quiet, while the body begins detoxifying.

If you’re digestive system is slightly out of control FASTING is a great way to bring it back. 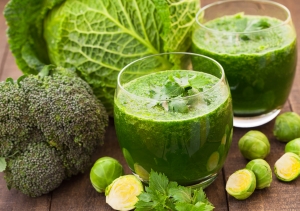 The principle of fasting is that the body is relieved of the effort of digesting foods, harmful substances are excluded from the body, and the body detoxifies itself by consuming, for fuel, fat and various noxious substances stored in the tissues.   At the same time toxins are eliminated through the urine, breath & perspiration, the evidence of which becomes apparent in the form of severe body odour.

Weight loss is obviously achieved by fasting and if the fast is extended, some lean body tissue (protein) will be lost as well as fat, because when carbohydrate stores are gone, protein is used by the body to make glucose.  However, the loss of protein is not severe because after a few days the brain and nervous system adapt to using ketone substances, derived from fat, for the major proportion of their energy needs.  Only when the body’s fat reserves are gone does emaciation of lean tissue occur.

Fasting Gives the digestive system a much-needed rest.  After fasting, both digestion and elimination are invigorated.

Fasting promotes the drying up of abnormal fluid accumulations, such as oedema in the ankles and legs and swelling in the abdomen.

I debated including a segment on intermittent fasting. I’m of the opinion that typical bodybuilding articles do more harm than good in their presentation of diet and exercise modalities. All too often, authors put on airs, asserting that that their system is the one true way toward a great body.

Contrary to this diet regime of 6 meals a day,  and a study published in the International Journal of Obesity suggest that intermittent fasting can not only be effective for lowering insulin resistance, blood pressure, and cholesterol, but also promotes weight loss. This and other studies in this area contradict the fear that your metabolism will ‘slow down’ causing you to gain weight if you don’t eat 6 small meals per day. In fact, intermittent fasting was more effective than calorie restriction at reducing insulin resistance in this particular study. 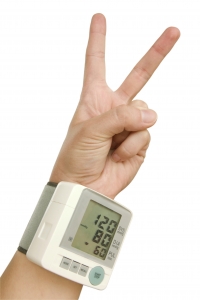 For most people, if you’ve ever tried the eat 6 small meals per day method, you probably find that you end up getting used to never feeling hungry. After awhile, chances are you lose discipline over portion control and the next thing you know it leads to simply eating too much and too often.

It’s like you’re fuel tank is always topped up and never has a chance to go into fat stores for any length of time..

I encourage you to first do some research on Intermittent Fasting and Re-feeding  there’s heaps of information on-line and various methods, try one on that suits YOUR lifestyle, monitor your own progress. Keep a food log and aim to consume at least one and a half grams of protein per kilo of bodyweight each day.

IF can add to your growing body of knowledge on diet and exercise. Remember that consistency and not novelty paves the road to physique success. It can serve as a particularly effective approach for those who have struggled in the past with more traditional approaches to bodybuilding nutrition. Additionally for what its worth I have been using IF for well over 20 years but really when I think about it I’ve been doing naturally all my life, I never was one of those kids that ‘enjoyed’ breakfast – were you?

About the Author: Annie Hewitt

ELITE ATHLETE OF THE HIGHEST ORDER - Having won three (3) prestigious world titles in Natural Body Building, Annie is well-known as a hard-working, motivated, focused elite athlete among the bodybuilding fraternity and health and fitness professionals the world over. EXCEPTIONAL MOTIVATIONAL SPEAKER – Annie’s speaking engagements extend well beyond the health and fitness and bodybuilding fraternity. Annie is sought after for speaking engagements providing motivational, team-building and marketing seminars and workshops at all sorts of events, from Sales and Marketing seminars, to Life-Coaching and Personal Development retreats. As an experienced motivation speaker, Annie can provide seminars and workshops on a variety of subjects, and of a duration and style suitable to her clients’ needs. Annie’s diligent nature ensures she takes considerable trouble to ascertain the needs of her clients, and work with them to provide speaking services which are appropriate and relevant to their particular industry, ensuring the best possible outcome for her clients. AUTHOR - Annie is currently working on sharing her experience and knowledge in the form of a long-awaited book, detailing her personal journey, and providing advice, motivation, personal anecdotes and information on such wide-ranging topics overcoming adversity, staying focused, diet, health, exercise and reaching your goals. Her intelligent, readable and humorous writing style ensures this publication will be a success among the general public as well as health and fitness professionals.

Subscribe Now to receive a link to your FREE streaming Video of my successful ’Block Training Resistance Workout’ as well as my Annie Hewitt Newsletter packed with freebies and goodies.